A long, long time ago (well, August 5, 2018), in a galaxy not so far away I posted about a Bennett Franklin model I found in Montour Falls, NY.

A Happy Bennett Franklin: A Testimonial.

I was 99.999999999999999% it was the testimonial home of L. J. D., mentioned in a letter dated June 7, 1921. No matter how much I searched and searched, researched and reverse searched, I could not find the name belonging to the initials. But, I was very sure it was the house because the build year was right, the town is small, and the house had so many original millwork and fittings as mentioned in the catalog descriptions, I felt it was safe to authenticate it as the testimonial home.

Well, prompted by a converstion with one of my fellow kit-house researchers on Facebook, I decided to look again. I hit paydirt with a 1930 census that I didn't find before. L. J. D. is Lawrence J. Doane who is listed in the 1930 census as living on Owego St in Montour Falls, NY.

No house number in the 1930 census, but the 1940 one puts him at 259 Owego, which is the current house number.
As as a little reminder at how happy and pretty Mr Doane's Franklin is, here is a photo from the real estate listing and a catalog image from the 1920 catalog from which he probably purchased it.  259 Owego St. Montour Falls, NY. 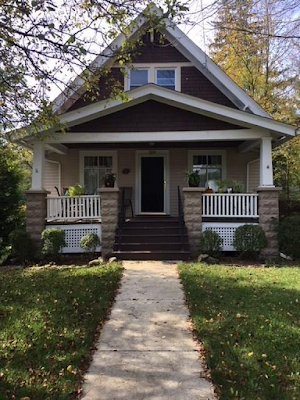 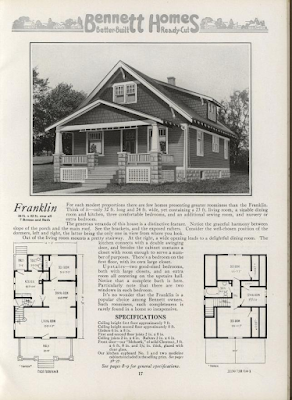 It looks like Lawrence J Doane's house was for sale again recently.
https://www.trulia.com 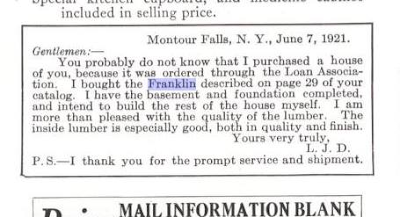